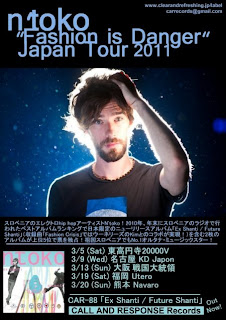 The Tokyo and Fukuoka shows are both Fashion Crisis events, so I'll be posting individual info about them in the lead-up to the gigs. Also, yes, Perchume is a Fukuoka-based Perfume tribute act. And no, I have no excuse.
Posted by dotdash at 22:27