This coming autumn, two of Call And Response Records' favourite acts will be taking on Europe with a three-week joint tour from Oct 21st to Nov 11th. Anyone interested in booking, please get in contact with Call And Response on carrecords [at] gmail [dot] com. For information and links, please see below:
Praha Depart:
Tokyo-based alternative/postpunk band Praha Depart ("Prague Department Store") formed in 2004 around guitarist Tsukasa and vocalist Mai, with drummer Junpei completing the lineup one year later. Starting out bassless, Mai eventually added bass guitar to her vocal duties, as the band honed their sound through non-stop gigging around Tokyo, in the process gaining a reputation as one of the city's hardest-working bands.
Described by The Japan Times newspaper as "irrepressibly danceable gypsy punk", Praha Depart made their first venture overseas in March 2011 with a U.S. East Coast tour, while solidifying their position in the domestic music scene where their swirling, almost psychedelic postpunk grooves have seen them playing alongside Japanese underground legends like DMBQ, performing together with Damo Suzuki, and sending local audiences into a frenzy at packed Tokyo live venues. 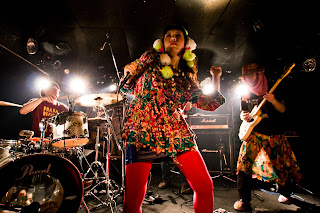 Praha Depart are eager to take their sound overseas and bring the same unstoppable energy to audiences the world over.
Praha Depart: Dot
Praha Depart on Myspace: http://www.myspace.com/prahadepart
N'toko:
N'toko is an experimental hiphop artist from Slovenia. He first made a name for himself as frontman of a local funk/alternative/hiphop collective called Moveknowledgement. He became well known for his technical skills and speed as a rapper, winning two national freestyle championships in a row. Competitions scored him his first record deal as a solo artist, the result being his albums 'Cesarjeva nova podoba' and 'Dobrodelni koncert ob koncu sveta.' N'toko also released two EPs (Where's Waldo and Elixiryproslam). These records gained cult status among underground hiphop fans and alternative music lovers for their open aproach to rap and spoken word, blending influences from rock, free-jazz, electro, noise and psychedelia to name a few. At the same time, N'toko performed anywhere he could, from poetry slams to impro-sessions and drum n' bass parties, no longer just rapping, but also using his voice as an effect-processed instrument, playing other instruments and often screaming his brains out.
He continues his work with Moveknowledgement, which has morphed into an experimental dub, rock group and went on to record a very original album entitled 'Listen to Nebukadnezar' and its recently released follow-up 'Pump Down!!!'. He is currently on the move between Slovenia and Tokyo, doing solo concerts, playing with Moveknowledgement, a duo with drummer Seijiro Murayama, and DJ-ing in clubs. He firmly believes that it's OK to do anything in music and there should be no difference between musical genres, scenes or cultures. 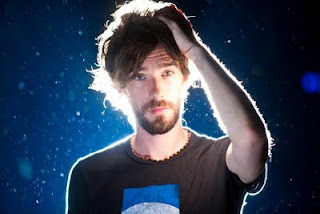 In the past year, N'toko has been particularly prolific, releasing two albums, both of which featured in Slovenian alternative radio's top ten of 2010, including the English language Ex-Shanti / Future Shanti, on Tokyo label Call And Response Records. He is currently preparing for the release of a new Moveknowledgement album this summer. 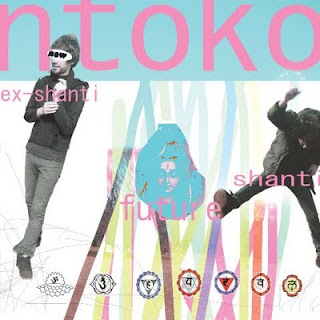